Summer is just around the corner, and with it, a festival that is celebrated during May at all the Solmar Hotels & Resorts properties, dedicated to Mexico’s most iconic drink: Margaritas!

And Cinco de Mayo sounds like the perfect occasion to enjoy this traditional cocktail, that is why —in case you are not visiting your home away in Cabo during this month—, we invite you to celebrate your own Margarita Festival from home!

Here 6 recipes of our favorite margaritas, that are sure to delight your sybarite spirit!

In a mixing glass, pour 3/4 of ice, pour the distillate base (tequila and mezcal), then the orange liqueur, agave honey, pineapple juice, orange juice and jalapeño pepper.

Shake vigorously for 15 to 20 seconds and serve into a rimmed glass, garnish with a pineapple wedge. 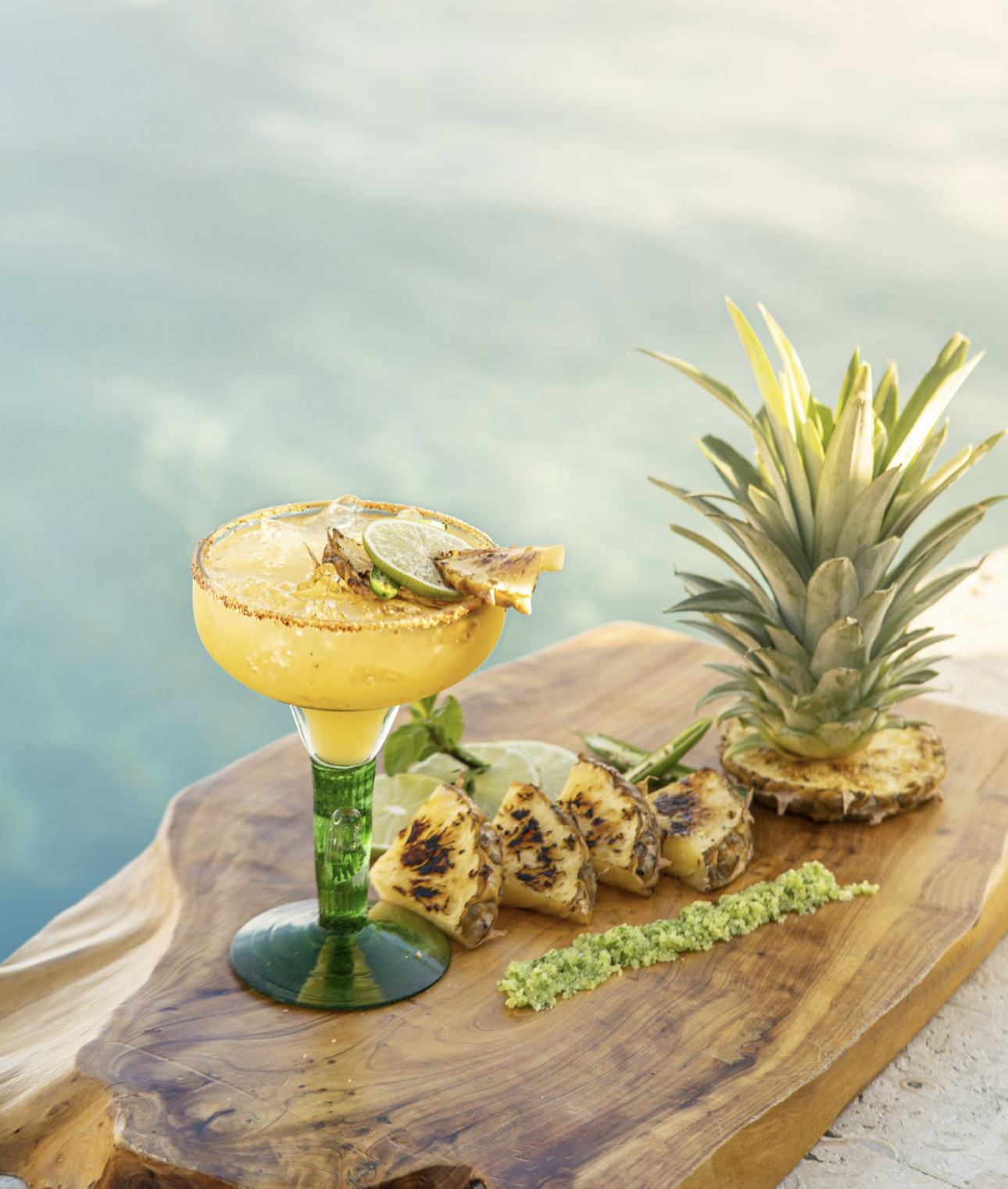 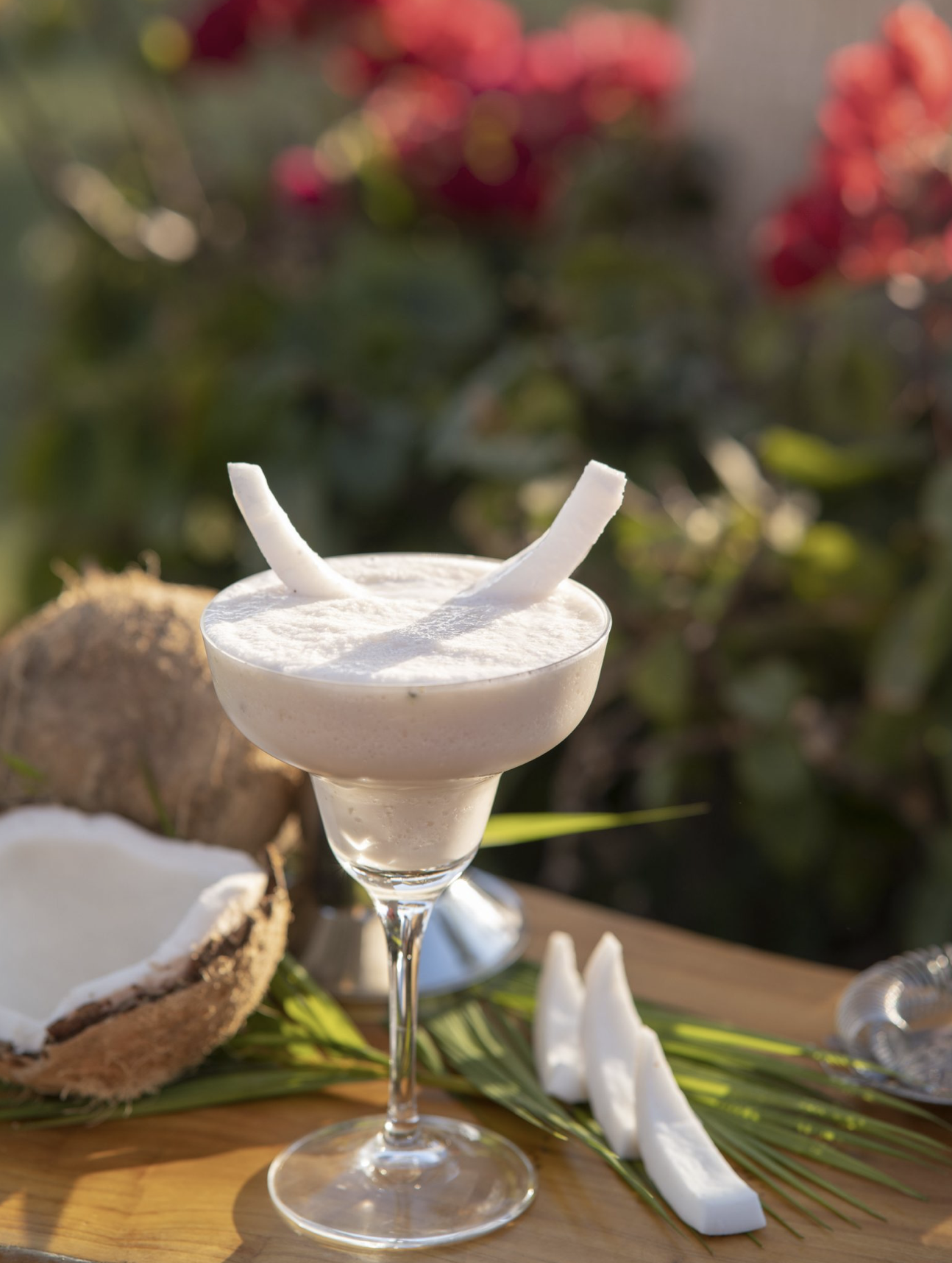 In a mixing glass, pour 3/4 of ice, place the base of the distillate, and the ingredients one by one, shake vigorously for 15 to 20 seconds and serve in a glass. Garnish with grated coconut. 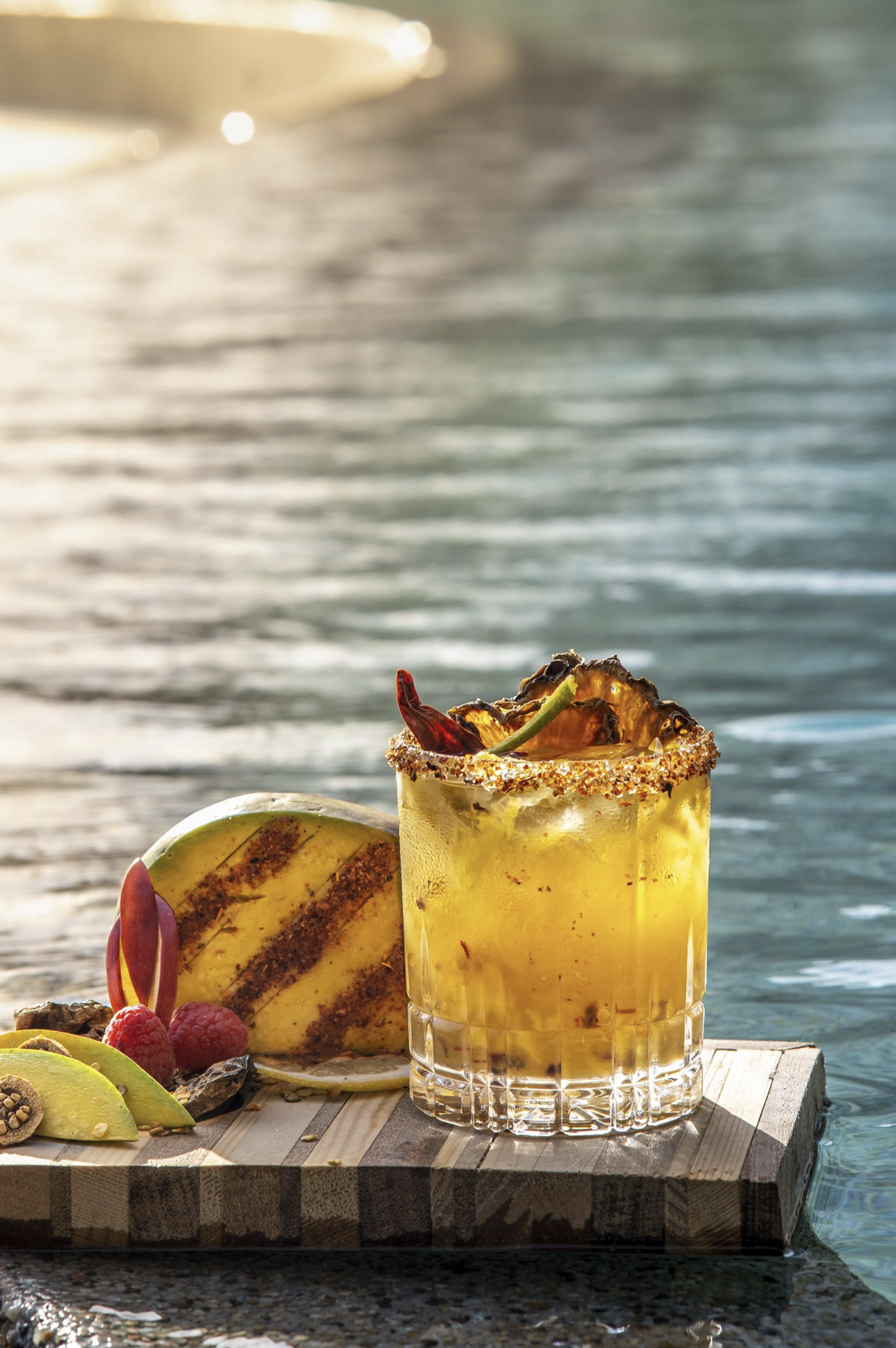 Interesting facts about Cinco de Mayo you may not know:

— Mexico commemorates the victory of a battle held against the armed forces of Napoleon III on May the 5th, 1862 in the city of Puebla, led by General Ignacio Zaragoza.

— In 1867, it is said that a group of Mexicans residing in Texas began to celebrate the date with songs and poetry, which would later become a celebration among Mexican communities in many other states of the US.

— This date is paralleled in relevance to that of Mexican Independence –which actually is on September 16th. 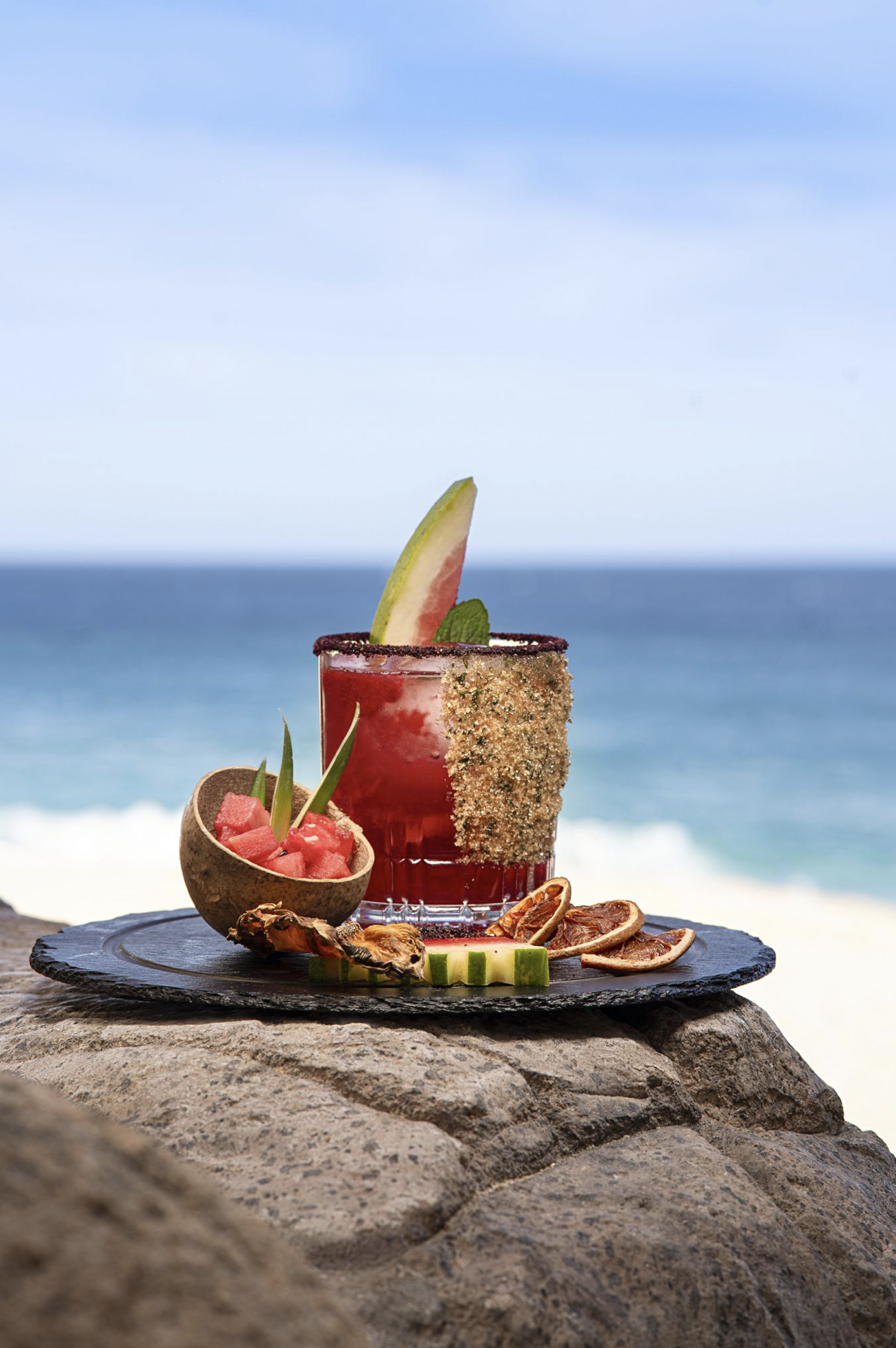 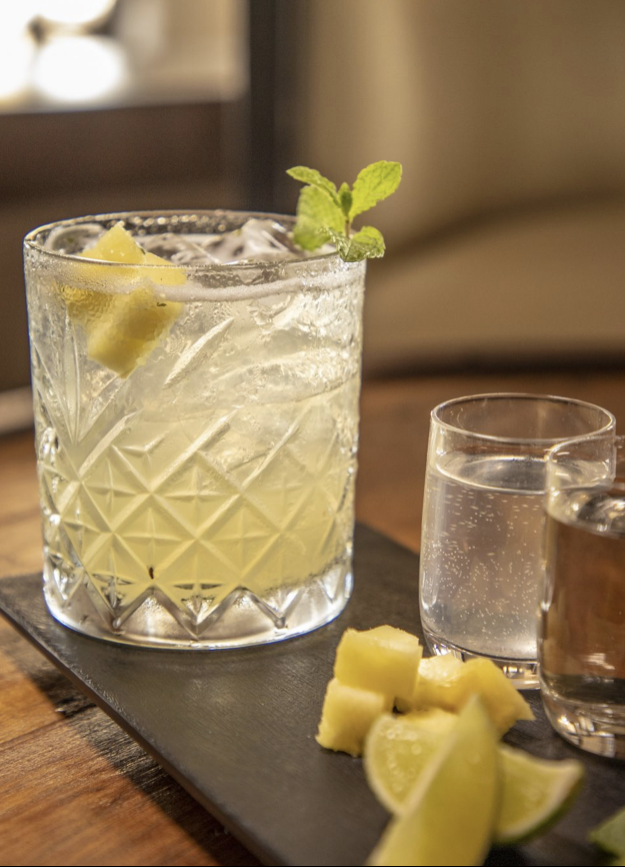 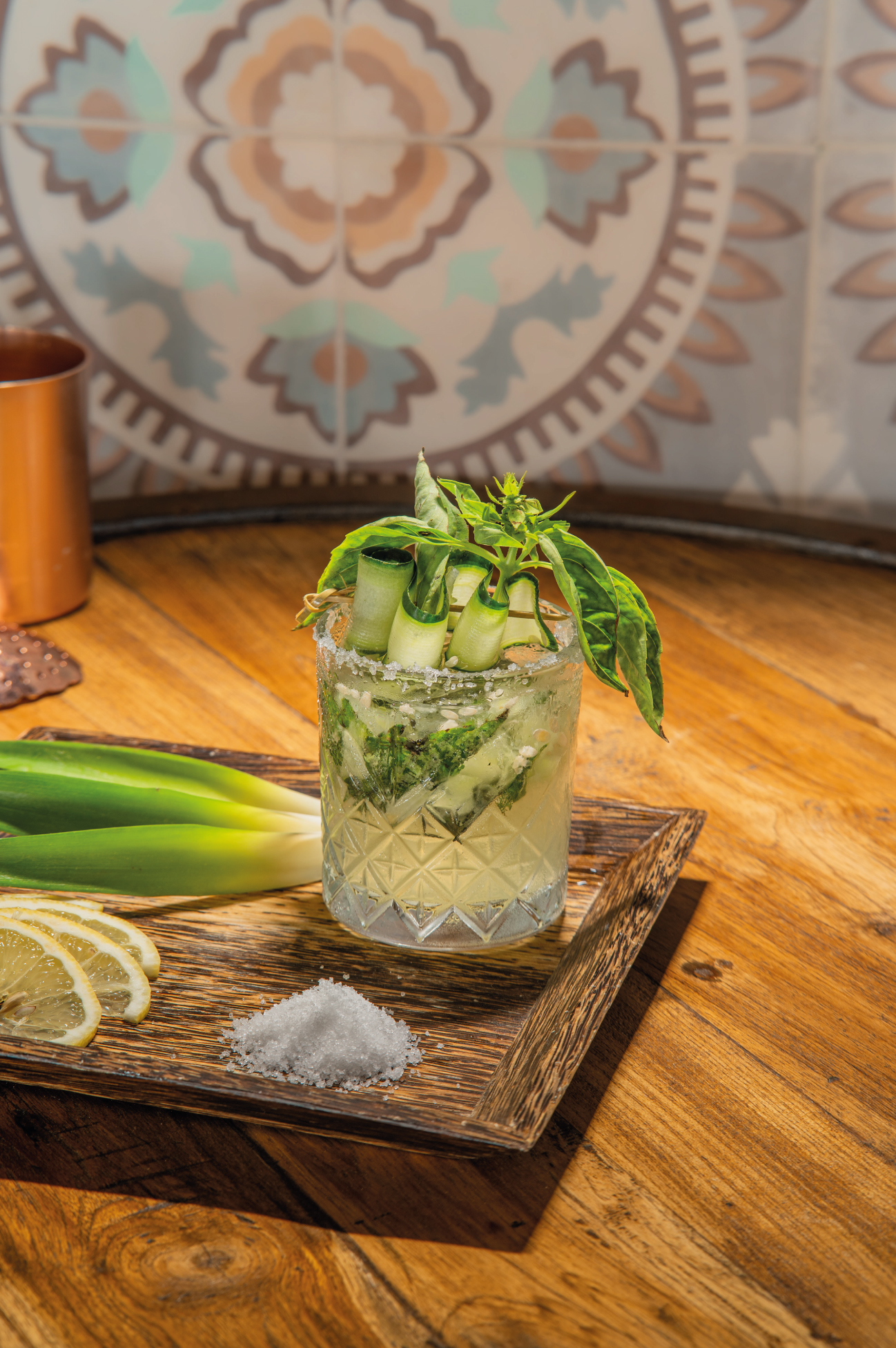 In a cocktail shaker combine the following: reposado tequila, limoncello, Controy, basil leaves, cucumber macerate the leaves with the cucumber, pour the agave syrup and shake vigorously for 15-20 seconds. Fill an old-fashioned glass with new ice and strain margarita into the glass. Garnish with fresh basil leaves and cucumber peel.

In a cocktail shaker combine the following: reposado tequila, limoncello, Controy, basil leaves, cucumber macerate the leaves with the cucumber, pour the agave syrup and shake vigorously for 15-20 seconds. Fill an old-fashioned glass with new ice and strain margarita into the glass. Garnish with fresh basil leaves and cucumber peel.

There are many versions about the origin of this drink, but the most accepted ones tell about Carlos Danny Herrera, owner of restaurant “Rancho la gloria” in Tijuana, who created a Margarita recipe in 1938, to honor the beauty of actress Marjorie King.

The second one, also honoring the beauty of a woman, tells about a bartender in another hotel in Tijuana who was impressed by the stunning dancer Margarita Carmen Cansino, who will later become the famous actress Rita Hayworth.

A Food-Lover’s Guide to Los Cabos

Baja California is known for beautiful desertscapes and impressive beaches, but it has also become one of the most exciting food-lovers destinations in Mexico.

END_OF_DOCUMENT_TOKEN_TO_BE_REPLACED 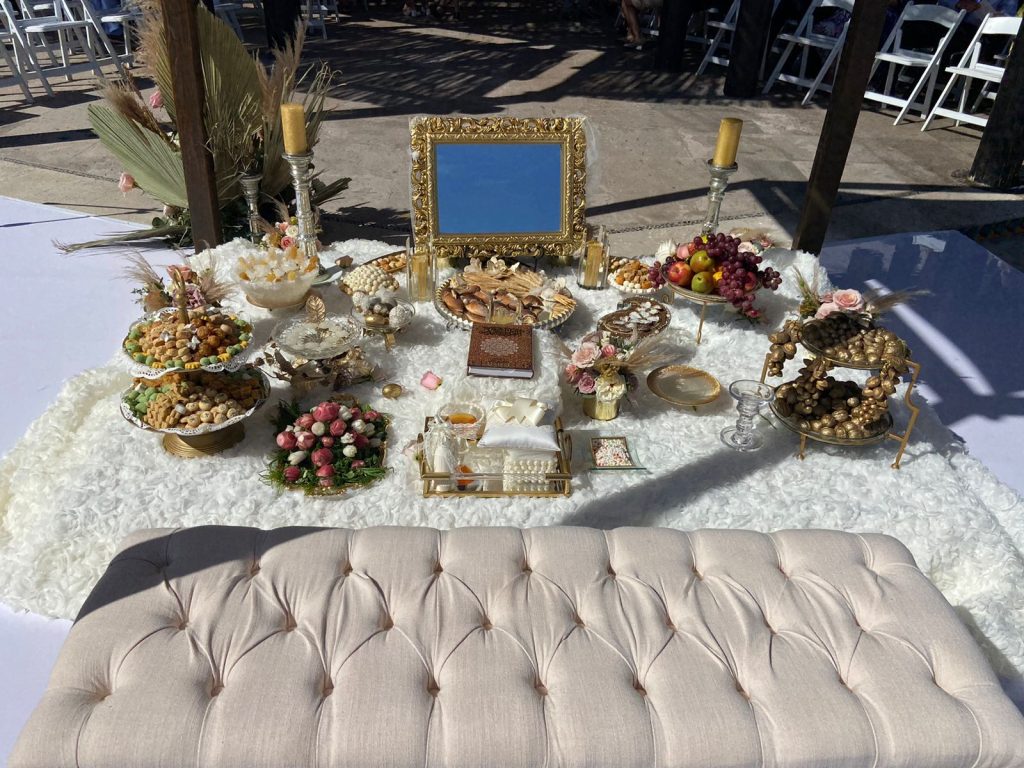 Make your wedding stand out from the rest —That is the biggest dream of every couple. And even when global trends keep evolving and changing, they are a good source of inspiration to imprint your personal hallmark, and leave a lasting impression on your guests at the same time.

END_OF_DOCUMENT_TOKEN_TO_BE_REPLACED

Recycle, Repurpose and Reduce, 12 Easy Ideas to Practice at Home

Taking care of our environment is easier than we think: It doesn’t take huge actions to start making changes that positively impact the planet we live in.